When Michael Jackson was alive, I received anonymous phone calls that my son Joshua would be kidnapped. Therefore I had to bring him to his father in 2003.

Unfortunately, when I felt the situation had calmed down sufficiently, my ex-husband did not want my son to return to me. This led to a lengthy court case, where my ex abused his knowledge of Michael Jackson being my father by describing me as delusional. This lead to a mental examination, which showed my sanity was fine, but also revealed that I was seriously traumatized. The court ruled that Joshua should return to me. However, due to many delays and postponements the whole case dragged on for some 4 years! After that, a new judge decided that Joshua had already stayed so long with his father that he would stay there. The hell that my ex Charat Graafland put my child and me through because of the situation between me and Michael Jackson has made me lost a lots of time with my son Joshua.

Michael Jackson has always given me good support regarding my son. Now that he is gone it is extra painful. The last years of his life he was in Amsterdam, near Joshua. It makes me very happy to know he loved him. He was a man who, as we all know, did not have a good childhood himself. Michael Jackson was a very good, good man. The Jackson family can keep telling lies, but the people who love Michael Jackson know who killed him.

For me, I have let go of all the pain and remember only the good things about him. He is gone, and he was truly a gift from god. I feel sorry for Michael Jackson because he had a bad life. R.I P., I love you always. Thank you for what you have taught me about life. 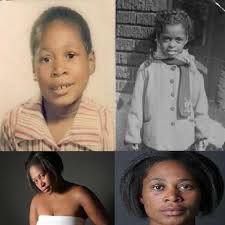