Michael Jackson strikes a pose during his performance at New York’s Madison Square Garden in 1988.

After a chance meeting as a young fan, Stacy Brown became friends with Jermaine Jackson — and later the rest of the Jackson family, including Michael. He helped write some of their memoirs, traveled on their tours, and even gave them loans (never to be repaid). Here, for the first time, Stacy explain what it’s like to be friends with the strangest family in America.

Randy Jackson, the second-youngest of the storied musical dynasty, likes to call his family “the black Kennedys.”

Maybe. But they certainly weren’t as smart with their ­finances as the Kennedys.

Even before this month, when the family lost a $40 billion lawsuit against AEG over the death of Michael Jackson, they’ve struggled with debts. Especially when the family’s richest members, Michael and Janet, decided to cut off their seven other siblings and parents out of whim or spite.

A particularly low point came in 2003. No money was coming in, few of them had actual jobs and ­Janet gave but one gift to her siblings: free meal cards to Baja Fresh, a fast-food chain with which she had an endorsement deal.
I visited Rebbie, the oldest of the Jackson kids, in Vegas, to work on a book. It was Baja Fresh for breakfast, lunch and dinner. From there I drove to Hayvenhurst, the family’s estate in Encino, Calif., to meet Katherine, the matriarch, and Jermaine.

Finally, for the sake of my stomach, I offered to take Katherine to Trader Joe’s. She loaded the cart with groceries, and I ended up with the bill — $700.

There was no “thank you.” The money was never repaid. Whatever courtesies are shown to them are met with the air of “You did what you ought to. We are the Jacksons!”

‘WHY NO BLACK BOYS?’

As a friend, ghostwriter and confidant of the Jackson family for nearly 25 years, people ask how I could put up with such behavior.

It wasn’t easy — but there’s something seductive about the ­craziness.
I first met patriarch Joseph and his sons Jermaine, Jackie and Tito in 1984. The brothers had just played the Victory Tour at Giants Stadium. I was 16 and went to the show with my girlfriend, Ameena, who was in love with Michael.
After the show, we traveled to the Helmsley Palace Hotel, and amazingly we got to speak to the Jacksons in the lobby. Ameena gushed and handed them a letter for her idol.

A couple of years later, I was visiting a friend in a hospital in Canoga Park, Calif. Randomly, I ran into Jermaine. “I know you,” he said. To my shock, he remembered that night in New York in detail.

We spoke for a long time and ­exchanged numbers. Two weeks later, he called me and invited me to Hayvenhurst, the seven-bedroom mansion Michael paid for. It’s full of family memorabilia, and a guesthouse is filled with dolls and stuffed animals.

I later became a journalist and, because of the friendship, I was enlisted as writer on two books — “Rebbie Jackson: The First Jackson” and “Legacy: Surviving the Best and the Worse,” the latter with Jermaine.
But for every little kindness, like Jermaine remembering me as a fan in the crowd, there was plenty of selfishness and bizarre behavior.

The Jacksons have been described as dysfunctional, but that’s an understatement. They loathe each other, particularly Michael — for whom they felt varying degrees of jealousy and disgust. The King of Pop rarely wanted anything to do with them, which only ­increased the psychosis.

They’re not the Kennedys, Katherine’s longtime assistant, Janice Smith, said to me once. “They are more like the Corleone family. And Michael is Michael Corleone.”

Katherine JacksonPhoto: Toby Canham/Getty Images
To his parents, Joseph and Katherine, however, Michael could do no wrong.
One day, after the brothers were complaining about Michael not including them in his plans, Joseph exploded: “Y’all are lazy. He did all the work, and he figured out that if he were going to do all the work, why bother with your lazy asses?”

Katherine would defend Michael constantly — to a point.

Watching a news report that showed Michael boarding an airplane with a young boy, Katherine murmured: “Why is it that he’s always got to have those little white boys around? Why doesn’t he ever have little black boys with him?”
I said, “Well, there was a time that he had little Emmanuel Lewis, who played Webster.”
“That was just for show, for the cameras,” Katherine said. “Those boys he flies around with ain’t nothing but little Jews.”
The question I desperately wanted to ask but did not was, “Well, would you rather him ­molest little black boys?”
SECRET THERAPY
The dysfunction culminated in 2002. Michael had played a 30th-anniversary celebration the year before. He paid Marlon Brando $1  million to appear. He paid his brothers $1,100 each. Then he canceled a promised tour with the ­entire Jackson family.

Randy figured the family needed therapy. Janet paid for it, and once a week the whole clan would pile into SUVs for secret trips to Malibu.

Author Stacy BrownPhoto: Ron Sachs
Rebbie began by talking about the abuse she allegedly suffered as a child in Gary, Ind., at the hands of Joseph, and which her mother witnessed. “Mother would simply say, ‘Joe, leave her alone tonight,’ ” Rebbie said.
Jackie, the second oldest, yelled at her for “bringing up things in the past that just pull us apart.”
“We’re in therapy!” Rebbie cried.

They all complained about Michael until finally the therapist said it was best if they didn’t even think about him.
“Michael is not your family, in his mind,” the therapist told them during those clandestine sessions. “Elizabeth Taylor is his mom, and you guys should move on.”
That sent Katherine over the edge. She already hated Taylor — on visits to Neverland Ranch, Katherine would decide where she’d have her lunch or dinner depending upon whether or not Liz had ever used the spot.
“I’m not sitting where she sat,” Katherine would say. “She’s ­stolen my son away.”

Michael Jackson with Elizabeth Taylor in 1997.Photo: AP Photo/Chris Pizzello
Joseph felt the same way about Motown boss Berry Gordy, who signed the singing children to the label in the 1960s.
“Michael better realize, it’s my blood running through his veins,” the family patriarch said. “Mine and nobody else’s. I’m his father, Katie is his mother.”
The therapy sessions ended. No one really felt better.
During this period, Jermaine was trying desperately to get on Michael’s good side. The brothers tried to trick Michael into attending therapy by saying there was going to be a “family day.” Jermaine tipped him off that it was a ruse.

Michael Jackson dangles his son Blanket over a balcony railing in 2002.Photo: REUTERS/Tobias Schwarz
Every single time a scandal ­involving Jacko broke, there we were, Jermaine and I, hotfooting it to “The View” or some other talk show.

When Michael dangled his newly acquired 9-month-old son, Blanket, off a hotel-room balcony in November 2002, Jermaine and I went to “old reliable,” Larry King, to defend Michael’s actions.
“Nobody complains about [crocodile hunter] Steve Irwin, who has his small kids around those dangerous animals,” Jermaine said.

Following that appearance, Michael’s assistant called.
Michael wanted to speak with Jermaine. “Don’t do any more television, Jermaine. Tell the family no more. I have this huge, huge television special coming out in February that is going to shock the world and change ­everything,” Michael said.

Ironically, the “huge television special” turned out to be the horrifying Martin Bashir documentary “Living with Michael Jackson,” which ultimately led to the molestation charges.
I remember watching it with great anticipation with Jermaine, Joseph and Katherine, and the looks on their faces were priceless.

When Michael pointed out that he’d rather climb a tree than have sex, Joseph let out a very disapproving groan. When the young accuser leaned against Michael, the warm feelings in the room quickly turned to ice. They knew what was coming.

And they certainly weren’t surprised by it.

LaToya JacksonPhoto: AP Photo/CNN, Rose M. Prouser
Way back in 1993, when the first public allegations of child molestation surfaced against Michael, sister La Toya accused the rest of her family of being “silent collaborators.”

She said Katherine had written letters to Michael in which she called him a “damn f—–” and knew about payoffs, for as much as $1 million, made out to the parents of one of Michael’s victims.

Katherine and several of her children held a press conference outside Hayvenhurst to denounce La Toya. “She’s trying to sell her brother down the river,” Kath­erine said.

A decade later, Jermaine and I were hanging out at Hayvenhurst in the courtyard near the swimming pool. Katherine emerged from inside the house.

“Jermaine, they got all of our things,” she said. The family had lost a civil judgment over a failed concert tour, and creditors took a storage locker full of memorabilia, including gold records.
“They got the letters, too, and those canceled checks,” Kath­erine said.
Normally I didn’t ask questions, but I had to ask what she was talking about. “The letters,” she said, as if I were supposed to know.

Jermaine completed the sentence for her, “Those letters in which mother called Michael a ­f—–.”
I was stunned. Ten years later, I realized that La Toya really did tell the truth.
“You tell a lie long enough, people will believe it’s true,” Michael once said.
It could be the Jackson motto. 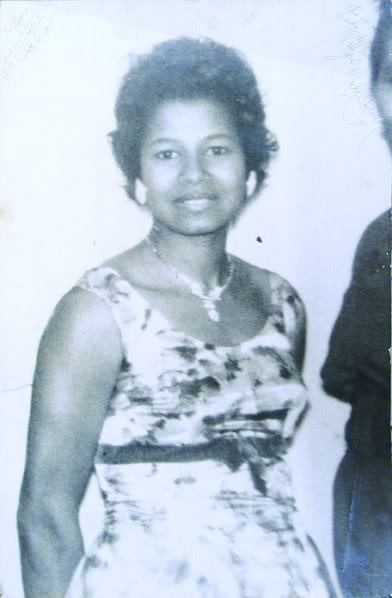